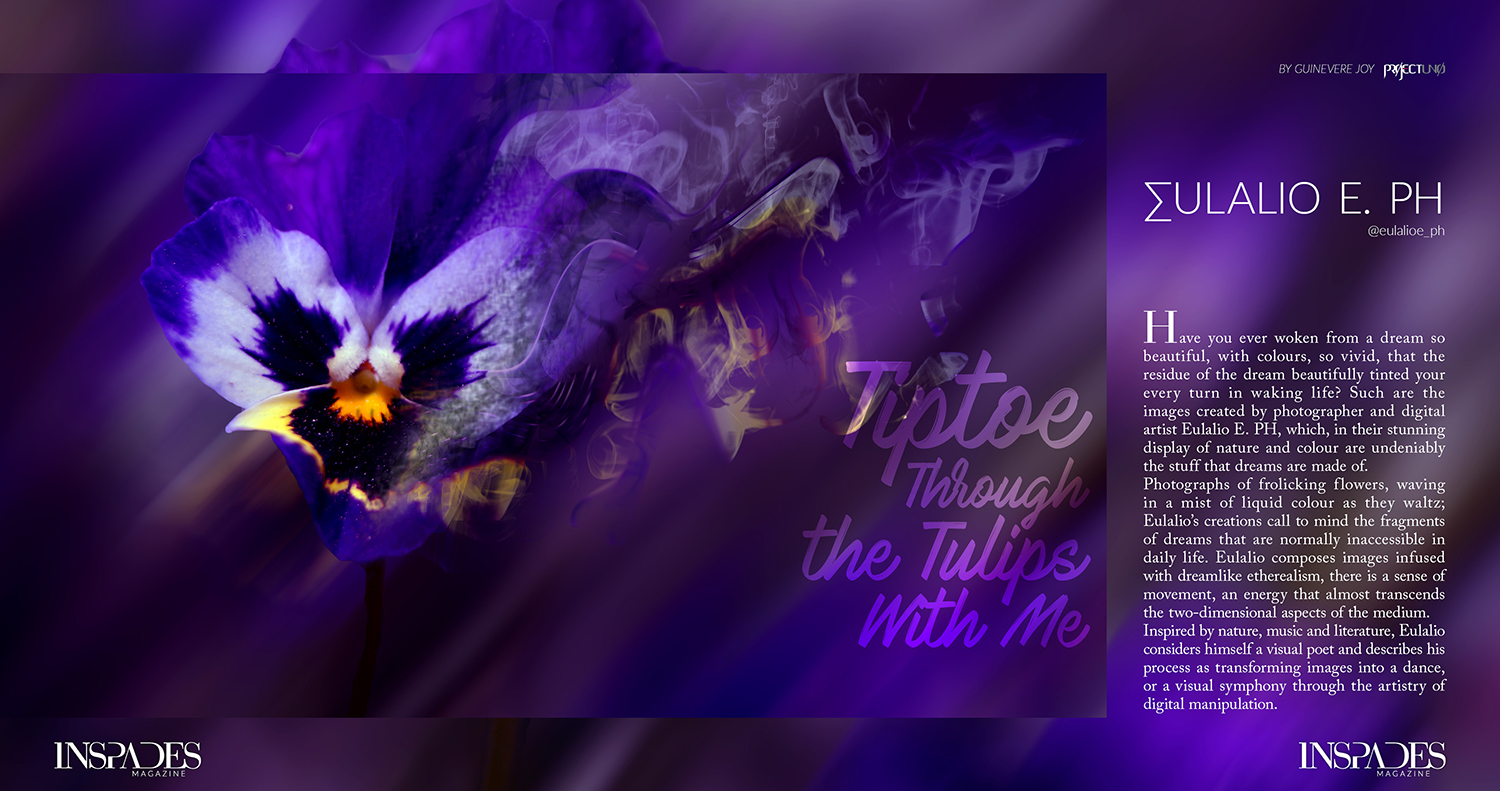 Have you ever woken from a dream so beautiful, with colours, so vivid, that the residue of the dream beautifully tinted your every turn in waking life? Such are the images created by photographer and digital artist Eulalio E. PH, which, in their stunning display of nature and colour are undeniably the stuff that dreams are made of.

Photographs of frolicking flowers, waving in a mist of liquid colour as they waltz; Eulalio’s creations call to mind the fragments of dreams that are normally inaccessible in daily life. Eulalio composes images infused with dreamlike etherealism, there is a sense of movement, an energy that almost transcends the two-dimensional aspects of the medium. Inspired by nature, music and literature, Eulalio considers himself a visual poet and describes his process as transforming images into a dance, or a visual symphony through the artistry of digital manipulation.

Eulalio was innately drawn to nature when he first began creating images at the age of fifteen and, for the most part, is completely self-taught, with no formal training. However, his inspirations are some of the great creatives of our time: Georgia O’Keeffe, Salvador Dali, Joseph Mallord William Turner and Leonid Afremov, to name a few. Much of Eulalio’s work involves experimentation and trying new techniques and in that, he bears the mark of a true artist: one who never stops learning, challenging, pushing themselves to new limits.

When working with a new technique, Eulalio conducts research online, before venturing out with his camera. To create his floral masterpieces, Eulalio works with natural light, preferably during the golden hours in the early morning or evening hours. His favourite lens is a macro lens, which enables him to capture the fine details in each flower and draw out every ounce of their delicate charm and allure. Eulalio always tries to have fun in the process of creating, which is evident in his playful use of colour and photo editing techniques, such as motion blur and smoke brushes.

Joining the Instagram community has opened many doors for Eulalio. This creative platform pushed him to take his work to a new level and continues to do so. He consistently seeks new artistic techniques to adapt to his work and pay homage to the exquisite beauty of flowers. His hopes for the future include exhibiting his images from his present body of work, Dances & Expressions, in galleries, to share his love of flowers and to inspire an appreciation of their delightful beauty in others.